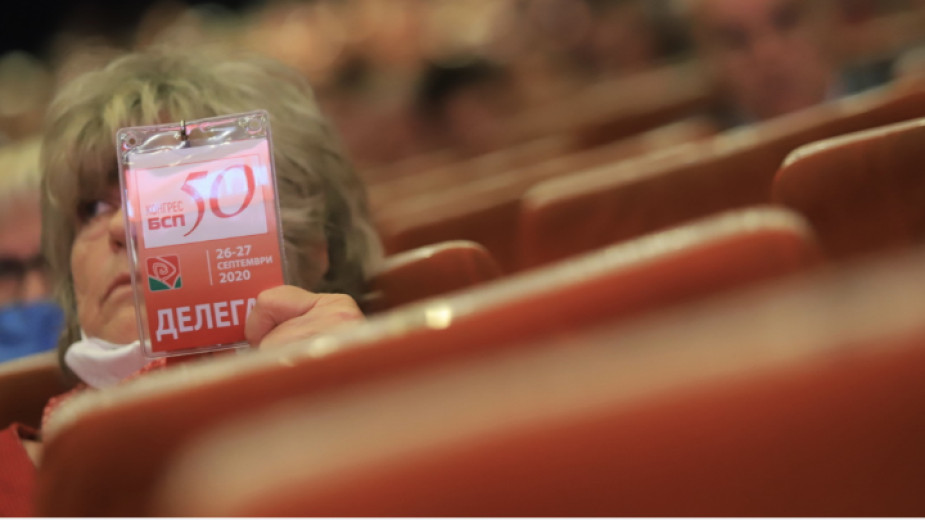 "The Bulgarian Socialist Party will work for becoming the first political power in the country and already has a comprehensive alternative plan for Bulgaria's governance", said the party leader Kornelia Ninova on the 50th jubilee congress of the party.

A total of 976 delegates at the 50th anniversary congress of the Bulgarian Socialist Party gathered today to elect a new National Council after the convincing victory of leader Kornelia Ninova. In her report, she said that the direct election of the party's chairerson had shown that the organization was not divided or disintegrated, and that Boyko Borissov's government was harmful to the state.

Despite the leader's desire to demonstrate unity, opposition voices were heard in the hall.
The program of the jubilee congress also includes reports on the work of the National Council and the MPs, the MEPs and the All-Party Control Commission.
The forum is attended by over 500 guests - diplomats, mayors, intellectuals and others.
Radio Bulgaria News    Bulgarian Socialist Party congress Kornelia Ninova

Education minister: There is no infection threshold above which schools will be closed centrally

“ 469 is the number of school children infected, and 453 – the number of teachers”, said Minister of Education Krasimir Valchev for Nova TV. “As a percentage, there are many more teachers who are infected than children because there are..

Mothers from “The system is killing us” organize torchlight procession tonight

On the 111 th night of anti-government protests today, mothers from the civic initiative “The system is killing us” are organizing a torchlight procession in memory of the “children who are victims of the the social services’  policy for taking them.. “Even though the Regional Health Inspectorate lifted my quarantine, on Friday I postponed all my appointments and public appearances for the coming..

“The places where the coronavirus risk is highest are the indoor food and beverage establishments, public transport vehicles come in 7 th or 8 th..

Representatives of the Confederation of Employers and Industrialists in Bulgaria and the Bulgarian Hotel and Restaurant Association met with Minister of..