The idea of the kukeri (mummer) tradition is to showcase nature as it dies and then comes back to life – an inseparable element of traditional belief in Bulgaria. Imitating the acts of ploughing, sowing and harvesting, an initiation into death and birth, is what lies at the basis of the ritual.

The kukeri ritual, in its authenticity, is presented at a special travelling exhibition of the regional museum of history in Yambol. “Kukeri games – a pageant of colour, magic and mystery” was created in 2017 and demonstrates the costumes of the characters from one kukeri group.

The exhibition displays around 16 costumes from Yambol and the environs. This region is known as “Kukerland”, it is the place most kukeri in Bulgaria come from, explains Stefan Bakardzhiev, director of the regional museum of history in Yambol. Besides a reenactment of the entire ritual, we are also displaying six costumes with masks from different towns and villages in the region, as every town and village in Yambol region once had a “signature” of its own in the costumes, the way they were made, in the masks… Kukeri games in the region of Yambol differ depending on when they are performed – whether on Cheesefare Sunday or the following Monday. The masked men wear women’s clothing traditional of the respective town or village. An important element is the mummer mask, in this part of the country there are many and different varieties.

The ancient exhibits we are showing are made most often of sheepskin with the wool turned out, with two horns attached at the top. I would especially like to stress – authentic kukeri rituals are only performed by men, says Stefan Bakardzhiev.

From the 26th to the 29th of March the exhibition is on display in Plovdiv. Visitors can see archive photographs, documents, find out more about this ritual, and about the symbolism and meaning of the mummer costume.

The archive photographs cover the period from the turn of the 20th century. We are displaying original kukeri masks and costumes. It should be noted here that the symbolism of the kukeri who come out around Cheesefare Sunday is to banish evil spirits and to supplicate for a bountiful harvest, health and fertility for people and animals, Mr. Bakardzhiev says.

At the beginning of last century kukeri festivals were only held in isolated regions of the country, whereas now there are kukeri practically everywhere. Is the festival breaking away from the authentic rituals? In an endeavour to make the tradition more colourful and vivid, in recent years it has lost much of its authenticity and has become a common or garden carnival, says Stefan Bakardzhiev. The appearance of female kukeri has turned the ritual into a masquerade, many characters have been included that have nothing to do with authenticity. Our aim is to keep as many festivals as we can authentic.

The 21st edition of the Kukerland festival will take place in Yambol from 27 February until 1 March, 2020.

The performers of traditional Bulgarian folk music brought much delight to their fans also this year, giving them emotional moments and surprising them with new achievements. In the history of 2019, there will be dozens of successful.. 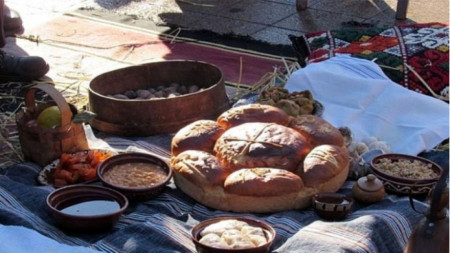 It is Ignazhden - the transition to the new year commences

According to the traditional Bulgarian calendar, the feast of Saint Ignatius on December 20 th is the day when the transition from the old to the coming New Year starts. It is a day full of peculiar rituals, bans, and auguries... 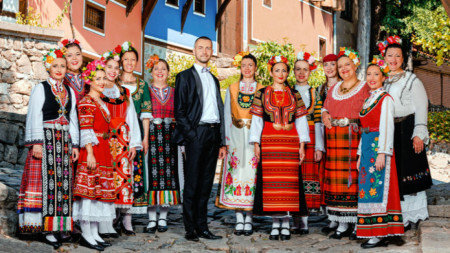 Bulgarian folk songs on the programme of festive concerts in Russia

In a couple of days’ time the Boryana all-female folklore choir from Plovdiv with artistic director Nikolay Gurbanov is leaving on a brief tour of Russia. They will have three concerts with renowned singer from the Strandzha region..