Bulgarians with innovative projects in Antarctica Radio Bulgaria already told you about Bulgarian musicians Theodosii Spassov and Hristian Tsvyatkov who made their first musical recordings on Antarctica. Now we would like to take a look at another Bulgarian innovation in the research carried out on the Frozen Continent. Surprisingly, it is the work of a person who has no scientific background. Iglika Trifonova is a Bulgarian photographer and journalist who has been part of the Bulgarian Antarctic expeditions for the fifth time now.

„This is my first expedition on which I work on my own project – a sociological study of human relations in this special form of community that takes shape on the Antarctic. I will make interviews, keep a diary, and also study people via various sociological methods”, says Iglika about her plans. “This is a scientific project with the Fund for Scientific Research at the Sociology Department of Sofia University Saint Kliment Ohridski. I am part of the team which will gather the information as in the processing of the data I will be assisted by my colleagues from the sociology department. The idea is to turn this project into my doctoral thesis.”

This is the first time that such a sociological survey is being conducted in the Bulgarian Antarctic base and there are no reports of other sociologists having worked on the White Continent until now. As to the idea itself, Iglika Trifonova explains:

„Yes, the idea belongs entirely to me because it was from my very first visits there that I noticed how much people change when they set foot on the Antarctic. The community which is created there is an extremely family type of socializing. This has been my second family for so many years now.”

Although the people working in the base change, the general atmosphere remains the same, as well as the friendship between them and the sense of one family, so when back to Bulgaria they continue to meet and keep in touch. This "Antarctic" society stays strong not only there, so Iglika Trifonova is eager to study it:

“Psychology studies how people cope under extreme conditions while sociology examines relationships between people and how this community takes shape, what gives rise to this successful form of human society which has its own rules of conduct and continues to observe them long after all its members have left these extreme conditions”.

There are strict rules governing life in the Bulgarian Antarctic base St. Kliment Ohridski – written and unwritten. They determine how the base works, how the scholars give their shifts, who is responsible for what, how people should behave when going outside the work base, etc.

How are conflicts resolved in the polar base and who takes the tough decisions for resolving them – this will also be examined in Iglika Trifonova’s study.

The 28th Bulgarian Antarctic Expedition will finish in March, but the musicians Theodosii Spasov and Hristian Tsvyatkov as well as Iglika Trifonova and Prof. Hristo Pimpirev are expected to return to Bulgaria by the end of February. A state of emergency was declared in Bulgaria on March 13 over the risk of a rapid spread of the new coronavirus. Some employers adjusted the rhythm of their business to the new conditions and allowed their staff to work from home before.. 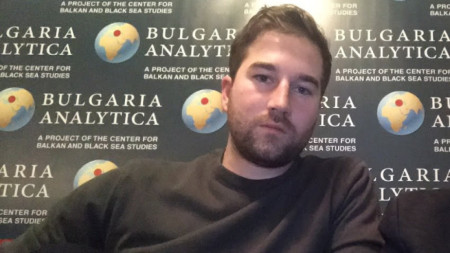 The number of Bulgarians rediscovering the charm of their homeland and deciding to turn a new page in their lives after years of living abroad is on the rise. One of them is 25-year-old Eric Alexiev, whose return to his roots is also linked to a..

A state of emergency was declared in Bulgaria on March 13 over the risk of a rapid spread of the new coronavirus. Some employers adjusted..