It is Ignazhden - the transition to the new year commences According to the traditional Bulgarian calendar, the feast of Saint Ignatius on December 20th is the day when the transition from the old to the coming New Year starts. It is a day full of peculiar rituals, bans, and auguries. The feast day of Saint Ignatius, known in Bulgarian as Ignazhden, combines the religious Orthodox feast and the pagan holiday in one. On December 20th, Orthodox Christians in Bulgaria venerate the Holy Martyr Ignatius, also known as Ignatius Theophorus, or the God-bearer. Legend has it that Ignatius was the little child featuring as a character in the Gospel of Matthew. The scene describes a quarrel among the Apostles of Christ, who were arguing about who should have the supremacy. And to teach them a lesson, Jesus hugged a small child and said: “Unless you change and become like children, you will not enter the Kingdom of Heaven. Whoever humbles himself as this child, he is the greatest in the Heavenly Kingdom. And whoever receives one such child in My name, he receives Me.” Later, Ignatius became the bishop of the Antioch Church and he was a disciple of Saint John the Evangelist.

Many of the traditions related to the religious meaning of the Feast Day of Saint Ignatius have penetrated folk customs and beliefs in this country. Yet, it is for sure that the folk customs preceded the establishment of the religious feast. The pagan roots of Ignazhden can be traced back to the day of the Winter Solstice on December 22, when the new sun is born, called by Bulgarians the Young God (“Mlada Boga”). For this reason, the meaning of the entire ritual cycle was to prepare for and welcome his arrival.

From time immemorial, this period of the year for Bulgarians has been related to important rituals performed with the belief that thus the good powers will be summoned. The magic of action and inaction, of touching, name-calling and blessing – this was all interwoven into the rituals practiced on Ignazhden.

The most important ritual was who will be the first guest to your house on Ignazhden – this was a belief shared in all regions of Bulgaria. If the first person who entered your home was in good health, had a happy family and a good fortune, this meant a blessing for the house. All the good qualities and prosperity of that person would be transferred onto the hosts of the house. That was why wiser and more provident people did not leave things to chance. Before the feast, they made an arrangement with a special person who would come as their first guest on Ignazhden. Upon his arrival, he was supposed to first go to the fireplace where, according to folk beliefs, the guardian spirit of the family happiness resided. In certain regions of Northern Bulgaria, it was considered very lucky if the first visitor was a healthy young woman carrying a child. Regardless of the sex or age, the first visitor was to be literally strewn in corn, wheat, and dried fruits. In some villages, he would even be given a new shirt and socks. The hosts treated him to a rich lunch and in return he gave them his blessing.

Another important ritual was not to lend money, which was related to the other rituals for keeping the prosperity and luck inside the home. And in the past, it was even forbidden to take out any object outside the house, might it be even a piece of food or tool. And everyone who went out was forbidden to return empty-handed. Usually, people brought some straw inside and put it behind the door as they believed that the hens would lay more eggs this way.

The Mother of God was in labour pains from the Day of Saint Ignatius until Christmas – many folk songs start with this line. According to folk belief, the labour pains of Virgin Mary started on that day.

That is why women should not work on that day and they had to prepare the meals on the previous evening. The ban on housework excluded the preparing of the yeast and in some regions women prepared a special mixture of flour and healing herbs. The yeast was kept until Saint Basil’s Day on January 1st and they believed that the bread kneaded with it was magical. If a man decided to go astray, his wife would prepare a loaf of bread with this yeast and gave it to her husband. This was the way to attract him back to herself, they once believed. Young maidens also used the magical power of the yeast to win the love of the lad they loved.

The rituals that men were supposed to perform on Ignazhden were completely different. Their main occupation was to organize the groups of the Christmas carol singers known in Bulgaria as “koledari”, so they started rehearsing the songs and taught young boys how to sing them at the coming festivities.

The eve of Saint Ignatius Day also saw the first dinner of the Christmas Fasting where incense was burned. The burning of incense was a ritual performed only on the biggest feasts when the meal was both a festive and a memorial one, when the food laid on the table was a gift to all ancestors, a token of gratitude to the higher spiritual and divine powers, and was shared with only the closest relatives.

These are also the most popular rituals what modern Bulgarians continue to practice to this day – some of us are very careful as to who will be the first guest in our house on Ignazhden, others are unwilling to lend money, but what is common to all of us is that we are eagerly looking forward to the Christmas holidays and sharing them with our relatives and friends. 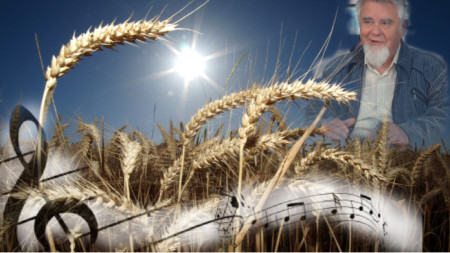