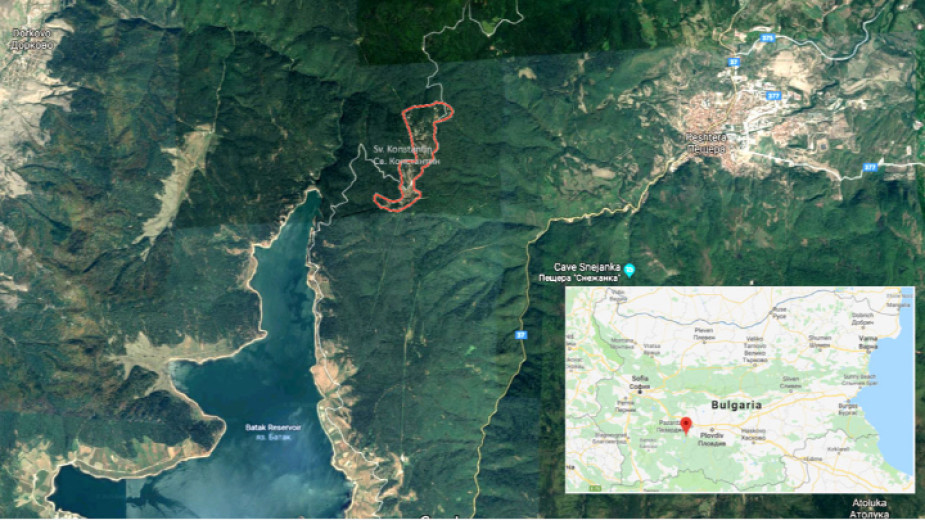 By a government decision, as of this year the St. Constanine vacation village overlooking the town of Peshtera in Southern Bulgaria, is the newest village in the country. Besides having a turbulent past, it located in one of the cleanest regions on the planet.

As a resort Saint Constantine appeared near Peshtera in 1910 by a decree issued by King Ferdinand. On the same spot there once stood a monastery called Saints Constantine and Helena which was destroyed, rebuilt, and then destroyed again centuries ago, with only a small chapel in our day to mark the spot. Historians Desislav Hristov and his wife Stoyanka have been raising money for a commemorative plaque in a locality called Cherkovishteto to tell the story of the medieval monastery.

“The first people to have discovered this locality in more modern times are the hunters from the newly established hunting association,” Desislav Hristov says. “In 1897 the association was called “Deer” but a little later took the name of the central hunting association in Sofia - Falcon – a name that was to become a byword throughout the country. These hunters were the first people to have organized hunting trips in these parts, and not long after their families followed and started spending their holidays here. So, they built primitive shacks to accommodate them. The hunting tower was built in 1901 and was used as a shelter by the first hunters. Other buildings were gradually added – a small bakery, a store.” In the 1920s a road was built to the resort, in the 1930s an outdoor cinema and a post office were built, the shacks were replaced by beautiful villas, the first electric street lights appeared. Tourists were able to drink their full from the Kukusheva drinking fountain built by two brothers - Georgi and Zafir. And one man from Varna recuperated his health. “Yordan Dimitrov came to the resort because he was sick – he had tuberculosis – and doctors were not optimistic about his recovery,” the historian says. “But after several weeks the clean air here did its job and he was cured. As a sign of gratitude Yordan Dimitrov built a hotel from his own savings – a sanatorium for thoracic diseases. In 1910 he donated it to the hunting association which, in turn, left it to Peshtera municipality, as it was unable to turn in. The hotel met with a tragic fate – in 1945 the hotel caretaker inadvertently set fire to it and the building burnt down.”

The holiday village offers splendid hike routes in summer – to Saint Constantine peak or to Vezir Tepe which offers a fantastic view of Batak dam, known as the “sea” of the Rhodope Mountain. Winter sports fans will find skiing conditions here excellent, with all necessary facilities, ski runs and draglines.

It can safely be said that the newest village in Bulgaria is located in one of the cleanest spots on the planet. Some years ago the National Aeronautics and Space Administration, NASA, ascertained that in the area above Batashka mountain, where it is located, is the cleanest air on the planet because of natural air ionization, a very rare phenomenon. “There is a slight increase in the tourist flow at Golden Sands seaside resort,” Stanislav Stoyanov, deputy chair of the Bulgarian Hotel and Restaurant Association said for Radio Varna-BNR. “After the restriction on entry into the country from.. 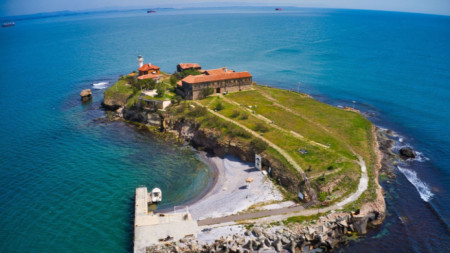 Mussel weekend on the island of Anastasia near Burgas

The Municipality of Burgas organizes a thematic summer weekend on June 18, 19 and 20, dedicated to the Black Sea mussel . Mussels are an essential part of the local culinary tradition, so this delicacy is present in the menu of almost all.. The tourist summer began in the northern portion of the Bulgarian Black Sea coast with the expectation that, once again, Bulgarian and Romanian tourists are going to save the season. The prices of sunbeds and umbrellas are down, in places they are free.. “There is a slight increase in the tourist flow at Golden Sands seaside resort,” Stanislav Stoyanov, deputy chair of the Bulgarian Hotel and Restaurant..

Mussel weekend on the island of Anastasia near Burgas

The Municipality of Burgas organizes a thematic summer weekend on June 18, 19 and 20, dedicated to the Black Sea mussel . Mussels are an essential..