Once again the students of the National School of Folk Arts Filip Kutev in Bulgaria’s Kotel and their teachers showed their high professionalism, this time at an international forum in Turkey. This is a well-deserved recognition for the first school in the Balkans for traditional folk art, which has more than 50 years of history. School director Maria Gradeshlieva told us more about the success:

“A few days ago a representative group of 20 dancers and 8 musicians returned from participation at the seventh edition of the Altın Mobilya International Festival in İnegöl, Turkey. An international jury with members from 10 countries was evaluating the participants. We took the biggest award and for the third time we were successful on the Turkish stage. Let us recall that in 2016 the orchestra and choir at the school received the Grand Prix at a competition in Istanbul and in 2018 our graduates won the Altin Karagöz Award from the Bursa International Festival of the same name. This year at the Altın Mobilya Festival we placed before the bands of Georgia and Ukraine, who were very good and were literally flying around the stage. This is a valuable recognition for our choreography teachers: Doncho Kisyov, Konstantin Konstantinov, and Miroslav Vassilev, who jointly prepared the band. Head of the orchestra Todor Petrov made sure the music performance was high-level one - when music is played live the mood of the whole performance becomes different. Yanka Docheva – our manager, was a member of the international jury. At such festivals many friendships are formed and professional ideas are born. Together with a group from Macedonia, we plan to organize a dance seminar on exchange basis, which has not been done at our school before. I would like to thank the Bulgarian Expat Society Balgöç in Inegöl, who have been with us all the time and supported us constantly. We also have joint creative plans with them. I would like to thank to Seyhan Özgür, who helped us receive the invitation and was our guide. This success is a joint one.”

The Kotel folklore school holds annually national contests for traditional music and for folk dances. According to Ms. Gradeshlieva, new ideas will diversify and enrich their programs:

“We have the idea of turning the ‘Zlatna Gega’ folk dance contest into an international one. Groups from Serbia and Turkey have already called for participation. Another new thing is that we have won a big project and it is already underway - we are renovating the school and building a multifunctional gym. Minister of Culture, Boil Banov, visited the school when the work started. In the meeting with him I shared the idea that our school could teach children from other the Balkan countries, too. He liked the idea and said he would cooperate. Later, the mayor of Kotel also spoke about the idea with Prime Minister Boyko Borissov, who promised full assistance. We could soon celebrate the opening of the first Balkan School of Folklore in Kotel. I hope my dream would come true. The folklore of the Balkans is intertwined in songs, dances, and rhythm. Another new thing is that with a concert program we will open the fifth edition of the folklore contest ‘Primorska Perla’ in Primorsko, at the invitation of its director Stoiko Stoykov. On September 6 we will have a concert on the theatre stage in Primorsko. Ms. Yanka Docheva has been working on a project for participation in Japan in 2020 and we will probably have the pleasure of participating in an international festival in Italy as well. We have been winning many international competitions lately and we can confidently say that education in our school is at a high professional level.”

Mice in folklore beliefs and traditions

Charismatic, intelligent, creative, extremely active and gregarious… According to the Chinese horoscope these are just some of the admirable qualities possessed by people born in the Year of the Rat – the first of the 12 years from the Chinese.. 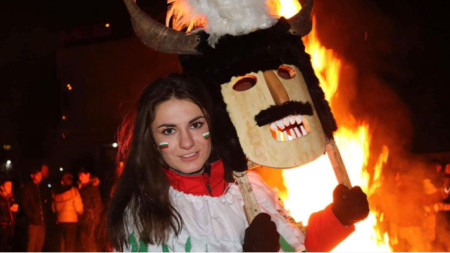 The folk custom of Surva and the International Festival of Masquerade Games of the same name are among the most popular winter holidays in Bulgaria. And they are undoubtedly a wonderful illustration of the link between "tradition and.. 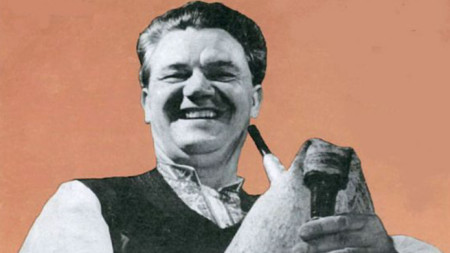 Known in his lifetime as “the king of Bulgarian bagpipes”, “Saint Kostadin of folk music”, Kostadin Varimezov’s students in Canada and the USA addressed him as “professor” even though he had no academic title. “May it fill your soul” is the..